UPDATE: Thank you for helping us cross 100%! This is beyond amazing! The campaign is still on for the next 27 Days. We are now excited to see how big can this get from now onwards. Extra funds will help us cover gateway fees, taxes, etc. More cushion in the processes!

We are in a War of Narratives. Those who do not agree with this are either naive, deracinated, or simply ungrateful of ancestral sacrifices. And just like every war, our war needs ammunition- intellectual ammunition.

Right now, the Indic community is producing intellectual ammunition at an unprecedented rate. There has not been a harder time to live for a dystorian or propagandist, than today. Our bullets of facts and research have started to pierce through.

Wouldn’t it be helpful if we had 'Missiles' too? That’s what this project is about.

Explosive discoveries told in a kickass visual style that touches the conscience of youth and instills a modern sense of confidence in them. And confidence is all we need to win this war.

This 10 film project brings together leading Indic voices and seasoned artists, to create a first-of-its-kind documentary experience. We already have 10+ researchers with us, and over a dozen artists from various fields of filmmaking.

Now we need your ‘serious’ help in funding this project.

In the last few days, we collected over 3 Lacs rupees in donations from wonderful people around the world, and that has decreased our target to ₹67 Lacs.

We are deeply grateful to the Indic community for receiving Prachyam's work so well. That being said, we want to do an even better job. Hence, for the next 12 months, we have decided to not take any commercial project, and devote the full 365 days to working on these documentaries.

We’ve been brewing this idea in inner circles for quite some time, and have signed up some incredible names for our project (soon to be revealed). These fantastic contributors have put their faith in our vision by attaching their name to our project - we hope you will do the same. Your support will go towards the cost of research, its compilation, scripting, filming, animation, art creation, and post-production. This fundraiser is an essential stage for realizing our vision. We can’t do it without you - and we wouldn’t want to.

By creating a popular culture where ‘Hollywood’ standards of filmmaking class and style are associated with authenticity and social validity, anti-India lobbies have successfully disguised their well-produced lies as ‘truth’ for the unsuspecting youth. That ‘just-feels-cool’ impulse is what attracts a young mind to their otherwise baseless narratives.

On the other side, a fusion of awesome filmmaking and scientific research is absent in the Indic space. As a result, Indic content has to fight hard to reach the surface of the internet. With these ten films, we aim to start filling this gap.

We propose the production of 10 Visually beautiful and sleek documentaries in an attempt to capture the imagination of the young audience by retelling Indic history, science, and philosophy in the famous ‘big-budget Netflix documentary’ style, brought in vogue by shows such as ‘Vox: Explained.’

These films will be a time capsule, capturing decisive facts and perspectives not just for us, but for future generations.

We have prioritized and arrived at 10 topics for the films. They are subject to change or evolve as more discussions take shape, but you will get a feel of where we are going with this.

All films will be released in English and Hindi. Translations in other languages will depend upon the availability of translation teams and timelines.

Just like ISRO’s ‘Mission Mangal’ costed less than making the film ‘Gravity,’ we can pull this off on such a budget. A similar project of 10 films, when produced in the US or Europe, can easily land at ₹2.5-₹3 crores. With a highly-skilled Dharmic team of filmmakers and animators based in India, we can bring the cost down to less than 1/3, i.e., ₹70 Lacs

We have always self-funded our social media videos. But here, we need the support of the broader Indic community.

Please help us in making a dent in the Breaking India camp. In case of any queries, get in touch with us on Twitter (@prachyam7) or mail us at prachyam.india@gmail.com
See you on the other side! Jai Hind!
PS: In case you cannot contribute through Crowdkash, we request you to kindly do it on our Razorpay Page or PayPal (for international)
Click here to read the full Story 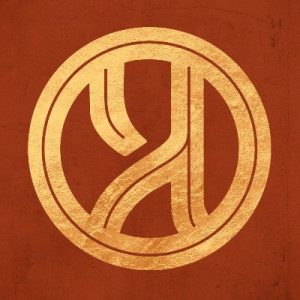 Not for Profit
Beneficiary: Prachyam

Or Choose a Reward

10 stylish, original, expert-guided films on Indic topics (antiquity, sciences, true history) that can bomb the sh*t out of fake narratives. All executed in a powerful punchy style that cannot go unnoticed.