Support the family of Rinku Sharma

Rinku Sharma, 25 was an activist and worked as a technician. He lived in Mangolpuri with his family. Last night he was mob-lynched by Danish, Islam, Zahid, and Mehtab. He was beaten to death by the mob outside his house right before his parents!

The goal of the fundraiser:

Rinku Sharma stood up for his Dharma, he leaves behind his family with his parents and brother. We must ensure that he gets justice, while we understand that no money can bring back a life, but the funds raised will help the family sustain hardship & will come to the immediate assistance of the family. The funds raised from this campaign will be transferred to the bank accounts of the family members.

For more information, please feel free to reach out to us on Twitter: @PoddarVaishali & @KapilMishra_IND.

Please note CrowdKash is charging 0% platform fee for this campaign. 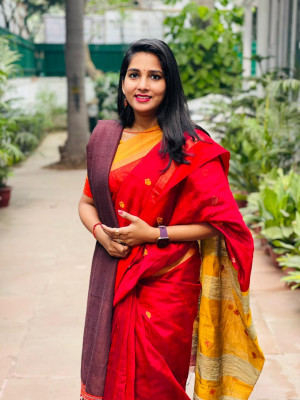 This fundraiser is to support the family of Rinku Sharma, the activist who was mob lynched in Delhi. Rinku Sharma stood up for his Dharma. He leaves behind his family with his parents and brother. Please support!