The Paramjothishwarar Temple is located near Thanjakoor enroute Madurai to Rameshwaram. This is is an ancient Shiva temple built by the King Thanjaivannavan as per the orders of Sage Agasthya. Poiyamozhi Pullavar, one of ancient Tamil poets a staunch devotee of Lord Shiva is believed to have prayed to the Lord Shiva deity in this temple. There is a mention of this temple in Devaram by Sundrar (7th Thirumurai). This temple is believed is located close to the Keezhadi civilization.

Background of the main deity :

Lord Vishnu, Lord Brahma along with other gods prayed to Lord Shiva for Paranjothi Dharshan. During that time the present location of the temple was an area covered by Vilwa Trees and also referred to as Vilwa Vanam in literature. These gods worshipped Lord Shiva staying in the Vilwa Forest and got the Paranjothi Dharshan of Lord Shiva.
Shri Paramjyotishwarar and Gnanambikai are the names of the deities in the temple.

The following are the constructions planned for the temple :

2. Lord Kandhrishti Ganapthi Sannidhi is planned to setup at a cost of INR 5,00,000

3. Doors for all Sannidhis at a cost of INR 500,000 to be made in Teak including the Raja Gopuram 18 Feet Doors in the front.

We request people to come forward and help us restore the ancient glories of this important Shiva temple.

You can reach me on : https://www.facebook.com/rkrishnapradeep

To know more about the temple : https://temple.dinamalar.com/en/new_en.php?id=419 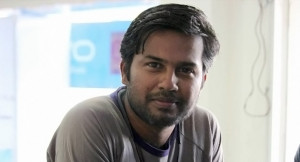 Help us revamp the 1000 yr old Sri Paramjyotishwarar temple which Sage Agasthya had asked King Thanjaivannavan to construct. We are revamping and restoring the old glories of the ancient temple