The history of native dwellers persecution at the hands of monotheistic faiths is more than a thousand-year-old. Another blood-soaked page was added to this history on 23rd Feb 2020 when Buddheswar Kumbhkaar was brutally murdered by the trio of Sheikh Anwar, Akhtar Hussain and Asif Ali while defending the sacred land of his community.

The simple folks of Virbans Kumhar Tola are low caste Hindus who live in Saraikela Kharsawan district of state of Jharkhand, India. This community has a plot of land belonging to their Kul Devta which was being eyed by the accused for acquisition for quite some time. 30-year-old Buddheswar who works as a contractor led the community in opposing them and a showdown took place on 17th Feb 2020 after which the accused were forced to retreat.

A week later, Buddheswar was returning from a nearby fair at around 9:30 PM with another person when he was attacked by the trio. He was shot at twice, dragged to a nearby field and this throat was slit.

After the gruesome murder, the community blocked the roads in large numbers and the police had to intervene. The local news channels covered the incident but have reported this as a land dispute. Though the three accused have been arrested, the lone witness of the barbaric crime needs protection so that justice may be delivered.

Goal of the Campaign

This campaign targets to raise a sum of Rs 5 lakh for the family of Buddheswar Kumbhkaar as an interim support. Buddheswar was an only son and the lone earner for the family. He is survived by his parents, wife and two young children aged 3 and 1.5 years. This money will be disbursed to his wife’s account.

This campaign is managed by team Dharma Kosh, a group of Dharmic volunteers. We have raised upwards of INR 2 crore for our grass root heroes in our campaigns. Please follow @DharmaKosh on Twitter and feel free to reach out to me if you have any questions.

Click here to read the media coverage of the incident 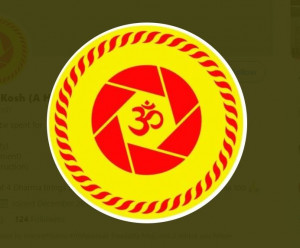