Feeding homeless people in the time of COVID lockdown 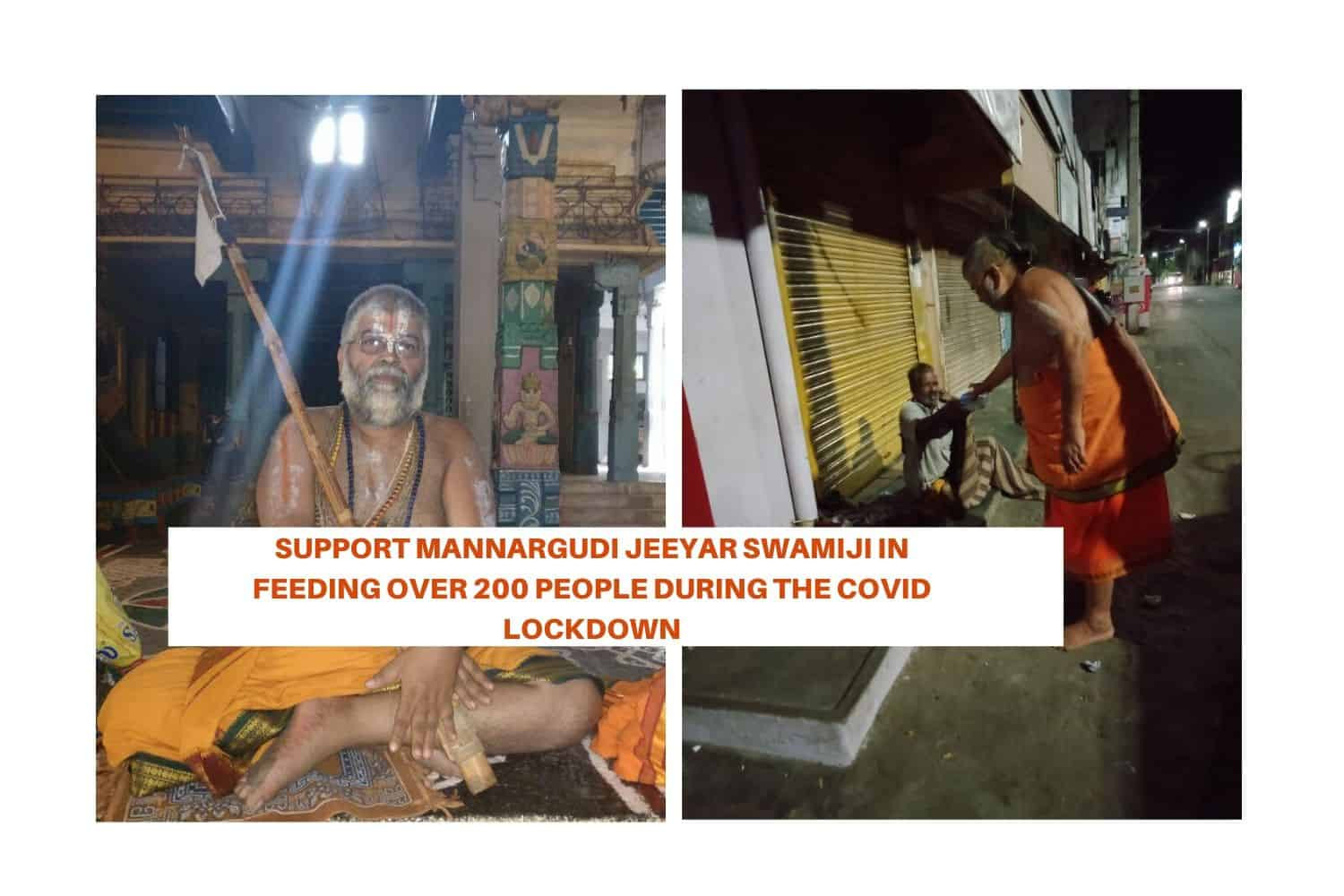 The line of succession at the Mannargudi Matha was broken and the pontiffhood was vacant for 125 years before the current seer was ordained.

In his pontiffhood, along with his regular religious and cultural duties, the Mannargudi Jeeyar has taken it upon himself to reach out to Dalit communities and the most marginalized groups who live in segregated colonies in villages.

Jeeyar Swamigal is at present camped in Srirangam. He operates with a small staff of 2 people and a cook on contract. He is currently getting food for 200 people cooked at the Matham's premises and uses his personal vehicle to travel and distribute food.

He estimates a plate of fresh rice and sambar or puliyodarai or curd rice can be served to 200 people, twice a day at an average cost of 17.5 rupees per plate. This includes cost of rice, tamarind, pulses, vegetables, staff salaries, packing material.

Overall, he can help 200 people tide over this period without going hungry at a budget of Rs 1.5 lakhs

Mannargudi Jeeyar Swamigal is feeding the homeless of Srirangam from the Matham. He requires Rs 1.5 lakhs to provide 2 meals of rice to 200 people twice a day