Click Here To Read An Important UPDATE about the Campaign.

The Palghar mob lynching incident which took the lives of 3 people (including 2 sadhus) shook the whole nation.  Chikane Maharaj Kalpavrikshgiri (70) and Sushil Giri Maharaj (35) belonged to the revered, Varanasi-based Shri Panch Dashnam Juna Akhara, lost their lives along with the driver Nilesh Telgade.

The Sadhus were Sanyasis by leaving Grihasthashrama, they leave no family behind. But the driver Nilesh Telgade hails from an underprivileged family, who is survived by 2 kids and wife. He was a rental car driver, accompanied the sadhus to Palghar on their request, and was lynched by the mob.

He leaves behind 2 daughters : Shalini Telgade, Sanika Telgade and wife and mother, who are on their own to secure their future. The goal of the campaign is to raise Rs 30 Lakhs, half of which will be raised into FDs/LIC policies for the kids and other half as FD the wife and mother's name so that their monthly sustenance is taken care of.

We understand that no money can fill the void in their family’s lives, but this help will ensure that they can look forward to better days ahead. 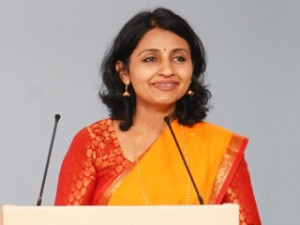 Nilesh Telgade hails from an underprivileged family, who is survived by 2 kids and wife. He was a rental car driver, accompanied the sadhus to Palghar, was lynched by the mob. Pls support his family.