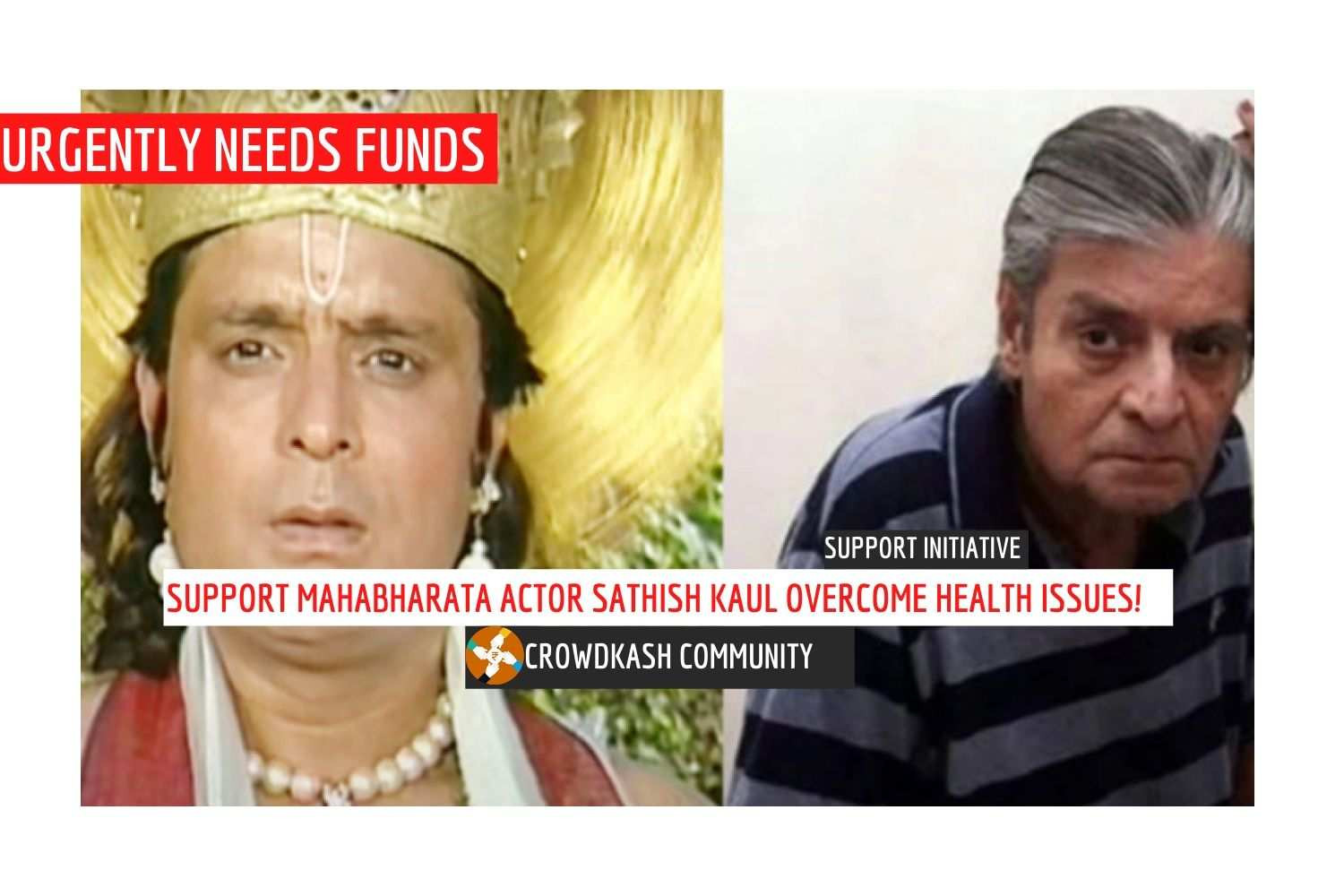 The funds raised on this campaign will be directly transferred to the account of Satish Kaul.

Once known as Amitabh Bachchan of Punjabi cinema, Satish Kaul who played the role of Lord Indra in BR Chopra's epic show Mahabharat and shot to national fame, has been battling penury in the recent years. Not only is he going through a rough phase and struggling to make ends meet, he has multiple health issues as well.Due to the lack of any financial assistance, Kaul, who has acted in over 300 Punjabi movies, was once forced to live in an old age home. The actor, who has worked with Bollywood stalwarts like Dev Anand, Dilip Kumar and Shah Rukh Khan, had to stay in Swami Vivekananda Old Age Ashram, Ludhiana.

He, however, managed to move out of the old age home two years ago and is now living in a rented accommodation in Ludhiana.

"I shifted to this place from the old-age home two years ago. I am staying here with a woman, Satya, who takes care of me," the 65-year-old told IANS.

Kaul shifted to Punjab from Mumbai in 2011. He wanted to start an acting school in Ludhiana. However, things didn't work out in his favour and the project failed badly bringing financial woes.

He was then offered a job in Punjabi University, Patiala in 2014 to teach acting with a monthly pension of Rs 11,000 for three years. Unfortunately, he fell and suffered a hip fracture in the next year and had to stay in bed for over two years. His stint with the university ended in 2017, and since then he has struggled to make ends meet.

The funds raised from the campaign will be transferred directly into the account of Satish Kaul ji. Rs 5L raised will be used to make FDs that will support him in overcoming the issues he is facing, and for the immediate medical expenses.

Let's us all donate generously to take care of Medicines,treatment and other needs and take care of one of our own stars whom we have grown up watching.

Satish Kaul who played the role of Lord Indra in BR Chopra's epic show Mahabharata and shot to national fame, has been battling penury in the recent years. He is struggling to make ends meet and has multiple health issues as well.