This temple is located in a village called Vallipuram which is 20 kilometres away from Chengalpettu in the Kancheepuram district of Tamil Nadu.

The main deity is Adhikeshava Perumal (Vishnu), along with goddess Ambujavalli Thaayar (Lakshmi). Besides, the temple has Lord Hanuman and Goddess Aandal and Garudar.

SPECIALITY OF THE TEMPLE:

The temple consists of 20-feet Deepa Stupa (Tower) carved out from a single rock.

As per Sirpa Shastra, it has been found that the temple is 900 years old existing from almost 15th century.

Temple Priest Mr. Soundararajan Bhattacharyar is the 7th generation family member to perform the ritual to Lord Vishnu and Goddess Lakshmi of this temple.

Pavitram Mean’s purity. In the last one year every day we would have performed Pujas, aarthis, Abhisekam and other services to dieties. In that due period unknowingly we might have missed to perform certain rituals. By conducting this utsavam, we can replace the missed rituals. It is also said that it gives an immense power and blessings to everyone who's participating in this utsav. The purpose of this utsav is basically to eradicate poverty, misery, Hunger and to bring peace , prosperity and harmony among people and all over the world.

HOW IT IS PERFORMED :

During this Utsav, we make garland made of silk thread and we surrender it to the lotus feet of diety in a ritualistic way as mentioned in the agama Shastras.

Post this, special Homam for will be performed in 2 Kaalas (Morning, Evening)

We will be offering Annadhanam to all devotees and people of the village on the same day.

The temple is lacking maintenance and we are out of funds. We request everyone to contribute something you can, for this spiritual cause.

The article about this temple has been published in Sakthi Vikatan magazine (a regional magazine).

Some of the pictures are from last year's Utsavam.

You can reach us for any queries: 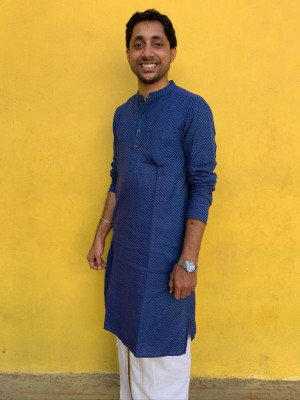 Support Us to Revamp, Restore the 1000 yr old Vishnu Temple near Chennai.