The Saiva Agamas are century old texts that cover various theoretical and practical aspects of life and worship for Hindus who follow Saivism, which believes in Shiva as the supreme deity. Sometimes called the Shivagamas, the Saiva Agamas have originated with Shiva himself. Saiva Agamas hold the secrets behind temple building, sculpting deities, Shaiva Siddhanta, and other important traditions.

Shivanandam Shivam is an Archaka (Temple priest) at the Arunachaleshwarar Temple (Tiruvannamalai), who has completed Masters in Agamic Literature from Tirupathi Vedic University. He has undergone the Agamic Gurukula education for over 10 years, studying under a Guru and learning all the Saiva-Agama Shashtras.

In today’s world, people are falling out of Sanatana Dharma with not knowing any subtle or practical procedures in worship Lord Shiva. Shivacharyar Shivanandam and his team of 15 Shivacharyars are researching centuries old Saivagama digitized manuscripts to publish into a series of 5 books in the languages of Tamil, English.

The funds raised from this campaign would be used for bearing the publishing costs, and honoring the Saivagama scholars who will be conducting research. The 5 books are as follows :

This book will be a good introduction to Saivagama.
It will talk about :
- Different types of Agamas.
- Significance of each Agamas.
- Benefits of certain texts in Agamas.

2.    Agamaeshu Aalaya Nirmanam
(Everything about how a temple & deities must be built)
This book will cover everything about construction in a temple.
For example :
- Types of Shiva Linga ; how to determine the height, weight, width of the Shiva Linga. Which material to be used for making a Shiva Linga.
- Types of Vimana : the materials used to build Vimana.
- Types of Gopuram, height of Gopuram.
- Types of Kambham, Height weight.
- Nandavanam : placing of Nandavanam in the temple trees plantation, where to dig the well, length.

3.    Alaya Anganirmaneshu Pooja Vidhanam
(This book will guide one which pooja and tests to do while constructing the temple)
A temple doesn’t come to life just by constructing the building, the deities become established in the temple only after the prana prathista and other set of procedures.
This books will guide one in :
- Bhu pariksha – Testing the land, and to find whether its suitable for the construction of temple.
- Shagunparisha Jalapariksha – Understanding the Shagun and signs affiliated with the land chosen.
- Adhiyashtika Stapanam – Agamic way of laying the foundation stone, factors to determine the height weight and quality of the stone.
- Mantapaprokshanam, Vimanaprokshamanan, pooja for Rajagopuram among other important traditions.

4.    Somasambhu Padathi Part 1
This book will guide a devotee with the Nithya Karma (daily duties) in Lord Shiva worship.
For example :
Snanam rules
How to do Aalaya darshinam etc

"Reviving the centuries old Saivagama tradition is the goal behind publishing the book. The book when written in a lucid and simple language would be consumed by many Shivacharyars, who will then reflect the teachings of the book in the Agama practices they do. The book when used by the general public, will open doors to in depth details about Sanathana Dharma’s traditions, rituals, practices and culture.

It is said in Dharma that Saivagama jeranodharano - reviving the Saivagama tradition is equal to Ashwamedha yagnam. I request you all to come forward and support my cause in creating these books for general public" 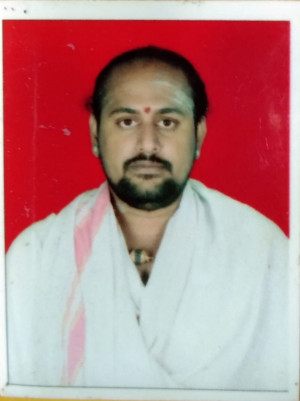 Shivanandam Shivam an Archaka at the Arunachaleshwarar temple is reviving the acient Agama traditions by researching and converting it into books. Please support him in reviving Dharma.