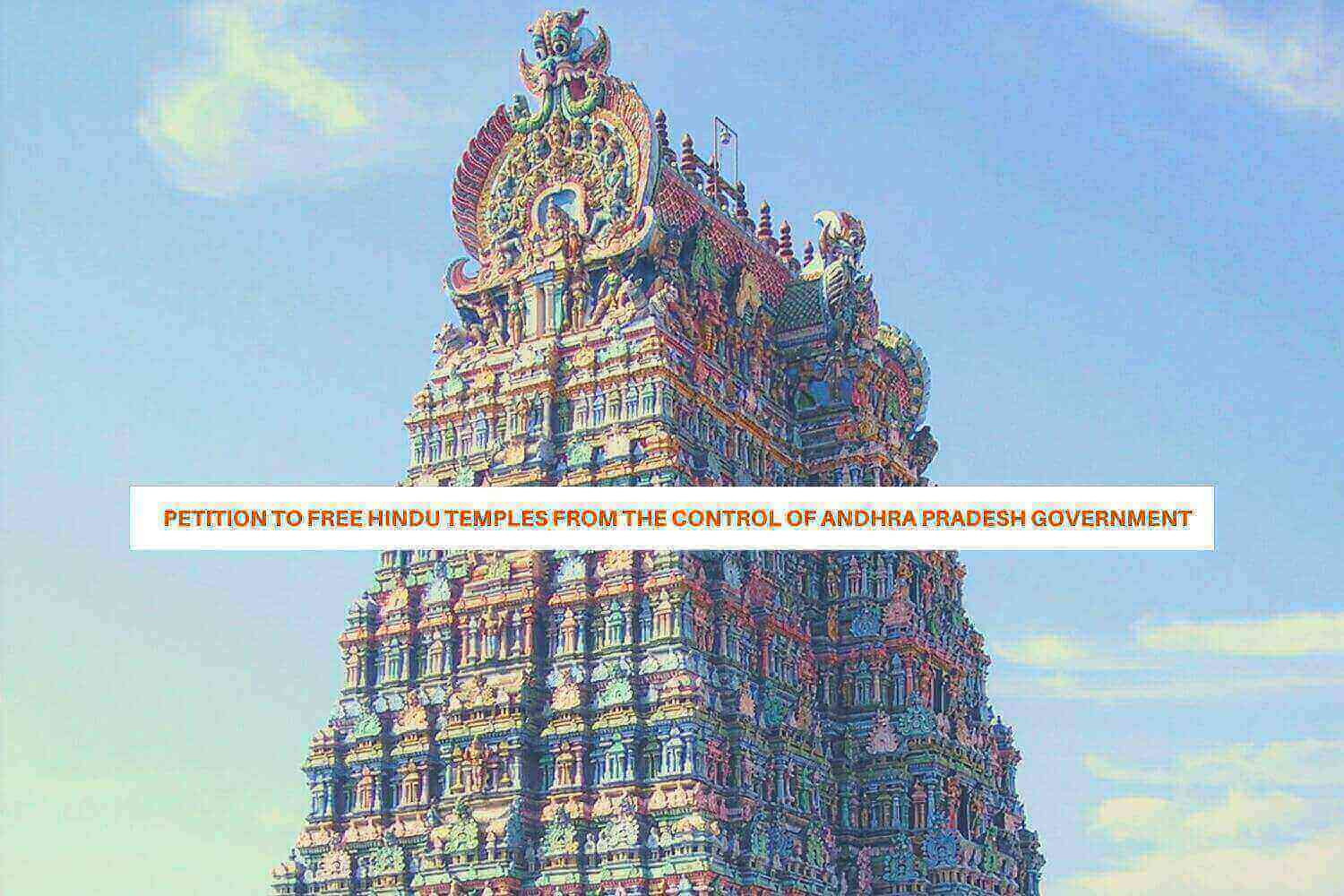 Bharatiya  Dharma Rakshana  Samakhya
(Regd No: 36 /2013)
Appeal
Management of Hindu Temples
1. Temples and Mutts are the life and soul of Hinduism. The institutional capacity for self-correction and self-defence, sustenance of the priestly class, artistes and various service occupations and crafts has traditionally come from the perennial income generated by the temples and mutts. They helped organic growth of religious leadership, and of resource capacity to serve the needy and destitute Hindus in terms of education, hospitals, orphanages and old age homes.
2. A Secular State by definition cannot control and manage religious institutions that too of only one religion. Article 26 of Constitution bestows fundamental right on all religions, irrespective of majority or minority, to establish and maintain institutions for religious and charitable purposes, to manage their own affairs, and to own, acquire and administer property thereof. In a catena of judgements, the Supreme Court iterated the same. In Ratilal Panachand Gandhi v. State of Bombay, it was held:

"…. in regard to affairs in matters of religion, the right of management given to a religious body is a guaranteed fundamental right which no legislation can take away. On the other hand, as regards administration of property which a religious denomination is entitled to own and acquire, it has undoubtedly the right to administer such property but only in accordance with law. This means that the State can regulate the administration of trust properties by means of laws validly enacted; but here again it should be remembered that under article 26(d), it is the religious denomination itself which has been given the right to administer its property in accordance with any law which the State may validly impose. A law, which takes away the right of administration altogether from the religion and vests it in any other or secular authority, would amount to violation of the right which is guaranteed by article 26(d) of the Constitution".

"While articles 25 and 26 granted religious freedom to minority religions like Islam, Christianity and Judaism, they do not intend to deny the same guarantee to Hindus. Therefore, protection under articles 25 and 26 is available to the people professing Hindu religion. The right to establish a religious and charitable institution is a part of religious belief or faith and, though law made under clause (2) of article 25 may impose restrictions on the exercise of that right, the right to administer and maintain such institution cannot altogether be taken away and vested in other party; more particularly, in the officers of a secular Government".

4. Courts have also ruled that if there were allegations of mismanagement in certain temples, then government intervention could only be for limited period as per article 31A(1)(b) of Constitution to set things right.
5. Despite the constitutional provisions and judicial decisions, Hindu temples continue to be controlled and are routinely taken over by the State Governments, whereas Mosques and Churches are allowed to be exclusively managed by the respective communities even though article 26 confers right equally upon all sections of citizens.
6. Moreover, the State control of temples is doubly disadvantageous for Hindus in that they have not only lost control of their temples to the Government but because of that very reason of temples being under the control of Government it becomes part of ‘the State’ as per article 12. As a result, the centuries-old religious customs, festivals and practices get challenged and interfered with selectively and unduly.
7. Evidently, with the denial of the right to manage their own temples, the ‘majority’ Hindus in India fare no differently from minority dhimmis in certain theocratic countries. Deprived of resources and institutions, Hinduism has been decaying. Clearly, the religious rights of Hindus count for nothing, and states can trample them at will. So much for religious freedom for majority Hindus.
8. The AP Govt has so far taken over 23,846 no of Hindu temples and religious institutions and their properties worth thousands of crores. This has completely crippled the resource ability of Hindu society to be self-sufficient and in presenting a unified front to address the religious problems that ail the Hindu community and effectively tackle the menace of conversion.
9. All Government have converted the Hindu temples to dole out political patronage in appointments of their party persons to the Temple Trust Boards, thereby serving the vested interest of the ruling party politicians and the Governments rather than of the Hindu society and Hindu Dharma.
10. The Government have also turned Hindu temples into commercial enterprises whereby the devotees have to pay for darshan and every other activity in the temple. This is akin to religious tax or jaziya imposed on Hindus under the Muslim rule.
11. Additionally, the overnmentt control of temples has led to a lot of perversions in temple management including employment of non-Hindu staff and appointment of non-Hindus to Temple Trust Boards, misappropriation of temple lands and properties, interference in the age old rituals, customs, traditions etc.
12. A secular Govt has no business to take over and manage Hindu temples and their properties.
13. We, therefore, appeal to the Government to liberate Hindu temples from their control by repealing the AP Charitable and Hindu Religious Institutions Act, 1987 and enacting a new law providing for:
13.1 The management of the Hindu temples and administration of their properties through a body consisting of religious persons and the representatives of Hindus elected for the purpose for each temple or for a group of temples, with the Govt exercising no control whatsoever;
13.2 The appropriation of the funds, properties and all resources of the Hindu temples only for the purposes of maintenance and development of the Hindu temples; for the religious well-being of the Hindus and Hindu community; and for the preservation, promotion and propagation of Hinduism;
13.3 The prohibition of non-Hindus from taking part in the management, administration or any other activity of the Hindu temples and their properties;
13.4 The access to the Hindu temples of public character to all classes and sections of Hindus with due regard to the religious customs of each such institution. 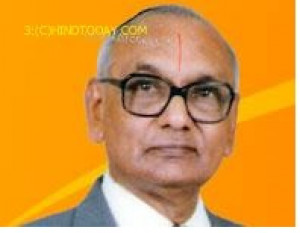 11660 people have signed. Your voice is needed!


Petition Disclaimer: The pitch, information and the opinions, expressed in this petition page are those of the petitioner, users or beneficiaries, and not CrowdKash. If such claims are found to be not true, CrowdKash, in its sole discretion, has the right to stop the petition, and block the petitioner's registered account.